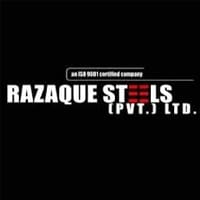 For over 50 years, the company has dedicated itself to the progress and modernization of Paksitan’s steel industry, a vital component of the national economy. With the introduction of TOR® Steel in 1971 by Razaque Steels, to encouraging the use of ASTM A 615 Grade steel, to the achievement of ISO 9002 in 1999, this company has led the way to improving the quality of steel supplied in the local market.

The success of TOR® Steel, which is an internationally recognized brand name and owned exclusively by Razaque Steels in Pakistan, has led to a number of copycat products. However, with its unique testing facilities and its proven track record for services to customers, Razaque Steels products are often referred to as the “Gold Standard” in steel against which other steels products available in the market are compared. 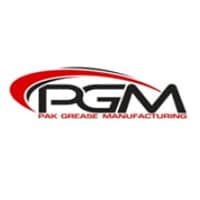 Pak Grease is one of the national leading manufacturers of high-quality greases, with a manufacturing and technical experience of over 5 decades. Their consistent quality, and supply reliability provides supply chain efficiencies to customers. Over the years, Pak Grease has developed into a financially and technically robust company serving major Oil Marketing Companies, whose strength lies in its qualified and experienced staff with a sound equipment and operational base. Pak Grease is now venturing into the retail business with its locally manufactured grease as well as imported greases and lubricants.

Muhammad Ali Habib Welfare Trust is a not-for-profit organization formed with the objective of eradicating poverty, ignorance, and diseases. Since its inception in 1987, the Trust has been working towards enriching the lives of the citizens of Pakistan, mainly by concentrating its efforts on the all-important sectors of health and education. The main activities of the Trust include provision of aid to hospitals, orphanages, and educational institutions, and granting of scholarships, stipends and medical assistance to deserving individuals. 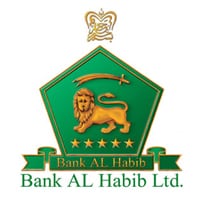 “Top 25 Companies Award” for the year 2017 by the Pakistan Stock Exchange Limited. Criteria for the award include dividend payout, capital efficiency, profitability, free-float of shares, transparency, corporate governance & investor relation and compliance with listing of companies & securities regulations. Alhamdolillah, this is the seventh time that the Bank has been selected for this award.

“The Strongest Bank Balance Sheet in Pakistan, 2013” by The Asian Banker. This certification is based on the strength, liquidity and sustainability of the balance sheet in a challenging market place.

“Award of Recognition, 2010” from International Finance Corporation (IFC) as the Most Active GTFP (Global Trade Finance Program) Issuing Bank in Middle East & North Africa for “South-South” Trade. This is the second consecutive year that the Bank received an award from IFC in recognition of participation in GTFP.

“Membership of industry associations and trade bodies of the Bank are KCCI, PBA and 1Link.” 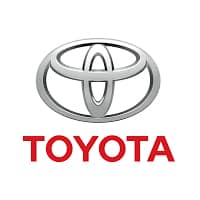 Indus Motor Company (IMC) is a joint venture between the House of Habib , Toyota Motor Corporation Japan (TMC) , and Toyota Tsusho Corporation Japan (TTC) for assembling, progressive manufacturing and marketing of Toyota vehicles in Pakistan since July 01, 1990. IMC is engaged in sole distributorship of Toyota and Daihatsu Motor Company Ltd. vehicles in Pakistan through its dealership network.

The company was incorporated in Pakistan as a public limited company in December 1989 and started commercial production in May 1993. The shares of company are quoted on the stock exchanges of Pakistan. Toyota Motor Corporation and Toyota Tsusho Corporation have 25 % stake in the company equity. The majority shareholder is the House of Habib.

IMC’s production facilities are located at Port Bin Qasim Industrial Zone near Karachi in an area measuring over 105 acres.

Indus Motor company’s plant is the only manufacturing site in the world where both Toyota and Daihatsu brands are being manufactured.

Heavy investment was made to build its production facilities based on state of art technologies. To ensure highest level of productivity world-renowned Toyota Production Systems are implemented. 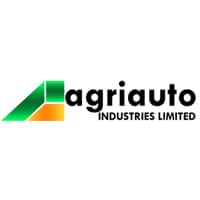 Agriauto Industries Limited is a public limited company incorporated in 1981 and quoted on the stock exchange. The company is one of the leading automotive components manufacturers in the private sector and the first company in Pakistan to acquire TS16949 certification.

Technical Collaborations with leading international companies have added to the company’s technical versatility. The product range covers both original equipment manufacturers (OEM) and after market.

Quality control is maintained at all stages of manufacturing. The company follows international standards i.e. B.S.S., S.A.E, ASTM, JIS, ISO & TS-16949, as the basis of quality control program. Agriauto’s production lines are backed by well-equipped standard room and have persistently sought to consolidate technological and product excellence. Agriauto is a part of the prestigious House of Habib Group. 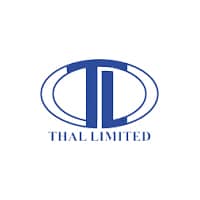 Thal Limited started its journey in 1966. A public listed entity, TL is listed on the Karachi and Lahore Stock Exchanges.

Operating under the umbrella of the prestigious House of Habib Group, Thal Limited derives its strength both from its parent group as well as its values and cherishes its diversity. The House of Habib does not need any introduction employing over 10,000 people, HOH is an established and mature corporate player providing an array of products to people. From automobiles to audio media, building materials to banking, and computers to chemicals, HOH has its imprints across a variety of sectors. Managing a network of public (listed on the Pakistan Stock Exchanges) and private companies, HOH has equity and technical collaborations with Japanese, European, and American companies, like Toyota, Denso, Koito, Gabriel, etc.; giving it a distinct edge on the competition. Apart from this, the Group has a decentralized organizational structure and has a progressive and dynamic philosophy.

The five businesses are engaged in the manufacturing of quality products serving a variety of segments. The Engineering segment is engaged in the manufacturing of automotive parts such as car air-conditioners, radiators, and wiring systems while the Building Material and Allied product segment overlooks the Jute, Paper sack, and Laminate operations. Apart from these key operational areas, Thal Limited’s subsidiaries include renowned entities like Makro-Habib Pakistan Limited, Pakistan Industrial Aids (Private) Ltd, and Noble Computer Services (Pvt) Limited. 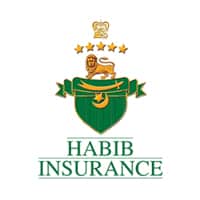 Habib is committed to its time honored tradition of serving the Nation by extending a wide range of insurance products offering maximum protection, backed up by matchless service with prompt claim settlement as its utmost priority. With high quality service to all its customers, the Company will also strive to continue to give its shareholders a consistent return on their investment.

In addition to the Fire, Marine, Motor, Engineering and Miscellaneous insurance products, the Company is actively exploring possibilities of new products and markets. 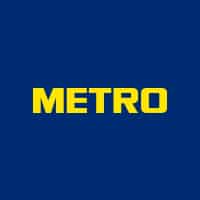 Habib-Metro Pakistan (Private) Ltd is a joint venture between House of Habib and Metro AG Germany, responsible for managing real estate of multiple Metro Cash & Carry stores across the country accompanied by other prominent businesses all under one roof. 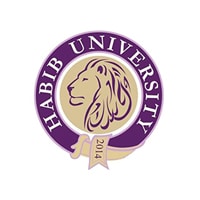 Habib University Foundation (H.U.F.) is a not-for-profit organization that supports educational initiatives, research, and innovation. H.U.F. was established in October 2007 by the House of Habib, a leading industrial group in Pakistan, with a long tradition in philanthropy.

In 2016, House of Habib and Gani & Tayub entered a joint venture agreement to form ThalNova Power Thar Private Limited through their group companies. This was followed by the signing of a shareholder agreement between Thal Limited (House of Habib), Novatex (a subsidiary of Gani & Tayub), and Hub Power Holdings Limited (HUBCO) in 2018. The project’s EPC contractors China Machinery & Engineering Corporation (CMEC) and DESCON are also minority shareholders.

The mandate of this newly formed entity is to develop a 330 MW coal-fired power plant in Thar. The plant will be fueled by coal extracted from Thar Block II by the Sindh Engro Coal Mining Company.

The Thal Nova power plant will utilize 1.9 million tons of coal to generate 2236 GWh per annum. Thal Nova will be the second coal-fired power plant to be set up in Tharparker district of Sindh, Pakistan and aims to reduce the country’s dependence on imported fuel mix and provide a cheaper source of electricity to the nation.

Open chat
Powered by
Hello, Welcome to Stile 👋
How can I help You?